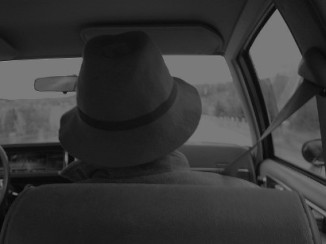 I wrote the following thing while walking around a university hospital and staying in various nightly rooms, each kind and thoughtful. Wouldn’t call it poetry but it stuck with me while I sorted things through. A little dark, but let’s give it the light of day.

MORPHINE AND ROSES
(in two voices)

A beauty whose address has been lost.
God a petty thief.
December.
Again I have moved a first few familiar objects into unfamiliar rooms, but not in expectation of so much happiness as in other times. Again I consider walls that need paint, I wearily eye disfigured rooms, cheap, ill-considered renovation, unfortunate, lazy, unskilled modernization. I note familiar and unfamiliar potential, comfort myself. I try to figure out where things will go. There’s no telling. What to say? Other moves … crisis. past victory… I think about these and tidy the room to paint.
The new landlord and lady have something of Bergman’s blondes in their jocularity. The people across the hall are political Indians, bribed with trinkets. The people upstairs are mysteries strange beyond belief, like out of Carson McCullers with body piercing, bribed with drugs. I am too chipper altogether and like my mother, rearrange furniture in a crisis., offer useless advice to myself and afterward sometimes feel foolish.

Bert gave me a pair of jeans he’d grown too small to wear. Often he tells the story of our tall and wide friend Barbara, how when she knew she was going to the hospital to die, she handed them new to him and said “Make sure you grab these, they’re really warm, and there’s another pair there in the bag, not ever opened.” He was telling a friend this story as he gave me the jeans, handed them to me, and his voice caught.

[03-01-07]
and he is ever hopeful, hopeful to the point of beating dead horses and hope is something you’ll miss when it is gone.

[03-01-07]
Skip the el Greco crucifix in the museum near the hospital. I’m not praying this time. I’m more acceptant now than I was last visit to this caring hell. I just want a quiet place and smoke, but those places are all but illegal now. No doubt a good thing. No doubt. I’m not the one suffering now, again. He has always been written into that most serious of roles while iI faced a future, a breathing possibility. It is bleak, and I haven’t quite the hope or disbelief, this second illness.
I get what sweetness I can from these last days. He, naturally curious, charms nurses. If I leave him an hour and walk while he undergoes some procedure, if I walk miles, he’s gone farther than I know when I return. He ages by the minute. I age by the mile. We go the same place. We go apart.

With morphine you still hurt but you don’t care. Roses work the same way, discovered, delivered, grown, but stolen, those are the sweetest, stolen for someone.

How do we do this
say goodbye?
how can-there be no more
you and I?

I practiced a couple days
living without you.
I did the kind of things
I used to do,

people go through this every day.
They don’t even have pills
they don’t have any prospects
and they get buried in the bills

I asked how do i do this
make this pay
I said deliver me from evil.
safe from these cafes…

And as I fumbled for possession
In the booth where I’d been sitting
A woman behind me laughed and said
“You’re gonna lose everything”.

Love is just a brief respite.
It’ll all pass away;
a respite from oblivion
It only flowers for a day.

my faith’s no bigger than a mustard seed
and I love the flesh….
and it seems immodest to believe
our love outlasts our breaths

So how do we do this
say goodbye?
How can there be no more
you and I? 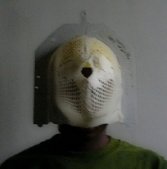 everyone is so kind
the rooms are nice and clean
I walk the halls all night
passing like a dream,

and if there’s any rhyme or reason
it isn’t one the Lord discloses
in a roomful of morphine
and roses.

Its funny the folks who call
aren’t the ones I thought might do
and the ones I don’t hear from
they’d call but they’re afraid to.

I’ve no complaints
a little guilt
a little fear,
!a few regrets
I miss my things,
the life we built
when you’re not here,
my cigarettes.

I wish I’d something more to leave you
than what memory collects
but It’s nice to know you’re in in this
for more than the money or the sex.

At night I watch lives flick on and off i
n the high rise adjacent.
I get a sense of some connectedness –
but a sense of my displacement

Sometimes I get a little drifty
It seems easy to let go
like I’ll catch myself
conducting the radio.

in this room full of morphine and roses.

dying of consumption, of starvation you get a new perspective and the living are boring,full of expedience you don’t want to know.

the dogs and cats…pay off my debts…

The room with two beds, a place to contemplate loss and gain, to weigh chances, make and give up plans. There’s a port for the machines you’ve found yourself bound to. You can get in touch with any one in the wired world. I dealt with a few things that seemed absurd to me but critical to someone else. I’ve learned to raise my voice, just a notch, with anyone who resents simplification; as if some tool, some control has been removed, they fall to a brief and resentful silence and release me from the line.
There was one message for me, commiserative, supposing a kind of bitter misery I don’t feel, a humor I can’t share, a comedic sense of victimization useful during cocktail hour, but tedious and rote, inappropriate now, flippant and short on shading.
This friend supposes our motives and feelings are similar. Long ago I realized she was baffled and insulted when my analysis of circumstances did not match her own, She would feel alone, abandoned. She would doubt my love. And I found this irritating, and I found it tedious and insulting having to explain, and not so very important to me to do so.

I resorted long ago to letting her describe ruefully the all important details of her victimization or her being complimented or flattered by all in her orbit. Then I would mirror and affirm. I was dishonest for simplicity, yes, but confess too I doubted my friend was sober and bright enough to comprehend my own story. It would be requested but interrupted anyway, true or false.
Her unhappy christmas was not my central concern. I thought ‘She doesn’t need me -she can turn on some flattering public radio’. You can stroke yourself to sleep with pornography approved by the chain. Things supposedly generally craved.

Breakfast is Included, a continental buffet somewhere downstairs. I avoid it, picturing smoke-free glut, overly lighted, picturing businessmen pretending to be businessmen, families pretending to be families, as pictured, as approximated in the brochure. I found a deli down the street and established a booth with a high wall and a short muscular waiter with a big high ass as my own. He sometimes looks back at me over his shoulder, neither welcoming or resent full. He goes unhurried and without apparent resentment from his station to his tables. All through this Christmas season I’ve observed him over my cups and smokes. He’s no raving beauty – you can tell what he looks like when he gets up to take a leak in the night – he has a few piercings but he is not overly decorated and he is exercised without vanity, perhaps even from work . You could reach for him and whisper something dirty. I think I could do so. Not yet. Not for awhile. You’d understand the longing for a simple embrace. But later, not yet,

live without the gravity our of love

always the small constellation of thought to which the attention returns…”without you”.

i glimpsed my father’s nakedness
in the mirror of some Hotel Dieu
sour before my shower and after,
stinking pretty, like gram used to say
to tease me
before I took my guns to town.
where the boys went.

Here among the mortals
we had lived in darkness a long time
and we were eager for light ,
Now in the high watt bulb light of our old years
we mourn for love in
the hospitals of roses and morphine.
Humanized, dehumanized.

things we must face
we’ve glimpsed before

dictated by stop, by go light
barely holding it all together.

we were right all along
what meant all,
what meant less than shit
and we bet all hours since
first glimpsing
the longevity of our love –
your unnecessary walking- stick
an intimation
of these final few guernies.

each of us in
that first garden.

everybody here
in this ward
groping for alarms, for relief
with its child proof lid,
imagining and remembering
days mortal or immortal days.

Only a few more days.

the best old dog
I thought I glimpsed downtown
young again with you
crossing ahead of me
and our words processed
for immortality
all our spooning and battling.

the poor provider I was,
things unseen.
affordable, unaffordable,

this comfortable Hotel Dieu,
your chances,
I loved you better and more than God.
I could touch you.
You would squeeze my hand on a cheap coverlet.

improve us now in the hour
of our greed.

each of us here,

All of us here

This site uses Akismet to reduce spam. Learn how your comment data is processed.